After charming the viewers with her smile, Mouline introduced a model with bruised face, and assured the audience that her bruises are cinematic makeup. To camouflage the model’s fake bruises, she first suggested applying a green corrector to cover the redness, advising not to press too hard as the skin should still be sensitive from the trauma. She then applied an orange corrector to cover the purple bruises, and went on to conceal the face with yellow foundation. “If you use the white one [foundation], your red punch marks will always show.” She said.

While applying more layers of liquid foundation, she recommended the cosmetic brand names she used and where to find them, and hoped that she had given women “the solution they need to proceed with their daily lives, under the circumstances.”

The video went viral and ignited extreme controversy. The national television station 2M went under-fire. With the soaring rates of domestic violence in Morocco and the incompetence of the government to battle it, the featured segment raised angry roars from women activists fighting for the cause.  The show was denounced on social media for sending out a message to accept and to cope with domestic violence rather than condemning it. Women activists accused the channel of encouraging the perpetrators to proceed with their abuse, since their actions can be concealed, instead of demanding to punish them.

According to Human’s Rights Watch, a national  survey [1] of women aged 18 to 65 by the Moroccan High Commission for Planning found that in 2009 nearly two-thirds – 62.8 percent – had experienced physical, psychological, sexual, or economic violence. Of the sample interviewed, 55 percent reported “conjugal” violence and 13.5 percent reported “familial” violence. Only 3 percent of those who had experienced conjugal violence had reported it to the authorities.

After the harsh criticism, and the circulation of an online petition [2] calling for severe actions against the morning show, the television channel issued an apology statement on its Facebook page [3] denouncing the segment and their “error in judgement in view of the sensitivity and the gravity of the subject of violence against women.”  The statement admitted that it was “completely inappropriate” and the video [4] was removed off its website. 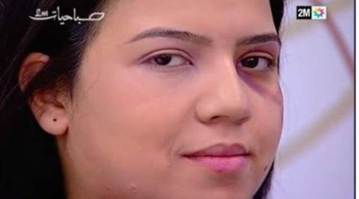 Mouline denied the accusation that the program encourages domestic violence.  “We are here to provide solutions to these women who, for a period of two to three weeks, are putting their social life aside while their wounds heal,” she explained in an interview [5] with the Moroccan news website and radio, yabiladi.com. “These women have already been subjected to moral humiliation and do not need to also have others looking at them. Makeup allows women to continue to live normally while waiting for justice.”

In Morocco, however, domestic violence is not a crime, and with no laws to criminalize the act and punish the perpetrators, there is no justice brought for these women. Not only that, but abused women are sent back by their families to continue living with their abusers.

The Moroccan government started discussions over combating violence against women in 2006, and a bill was finally drafted in 2013, but it has not been effective yet. The bill was a disappointment to women activists and was criticized by Human Rights Watch (HRW) as “it defines violence against women in a broad category, but lacks a strong definition to specifically address domestic violence. It also does not criminalize marital rape.” [6]

In a letter [7] sent to the government on February 2016, HRW expressed their concern with the bill and urged the Moroccan government to ‘strengthen’ the law to protect the victims by defining “domestic violence” to include physical, sexual, psychological, and economic violence and to state that marital rape is a crime.

According to testimonials of domestic violence survivors to HRW, law enforcement in Morocco – when dealing with violence against women – is inadequate, almost non-existent. According to HRW report, women said that “police officers refused to record their statements, failed to investigate, and refused to arrest domestic abuse suspects even after prosecutors ordered them to. In some cases, police did nothing more than tell victims to return to their abusers.”  [8] Many domestic violence victims are unable to leave their abusive husbands for lack of women shelters and finical needs.

Women in Morocco live in a culture where domestic violence dominates the lives of many. Bruised faces are a fact of their life, as the makeup artist bluntly explained it. Airing the segment on how conceal domestic violence on the occasion of the International Day to Eliminate Violence was certainly a miscalculated act that demonstrated poor judgment from the producers. However, with the incompetence of the government to take action, what other choices women are left with to “proceed with their lives” other than follow the advice of makeup artists and conceal their bruises with makeup.

1- National survey on domestic violence by the Moroccan High Commission for Planning: http://www.hcp.ma/downloads/Violence-a-l-egard-des-femmes_t13077.html

2- Petition against the Moroccan channel:
https://www.change.org/p/haca-don-t-cover-domestic-violence-with-makeup?recruiter=21569190&utm_source=share_petition&utm_medium=facebook&utm_campaign=fb_send_dialog

4- Video aired by Moroccan TV to show how to hide domestic abuse by using make up: https://www.youtube.com/watch?v=FPMJ8msKb5o 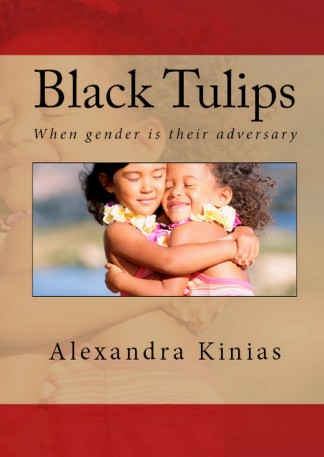